The feud between fairies and wizards is an ancient threat in the magical world. Yet peace is possible. The child of a fairy and a wizard could reunite the factions of The Annunaki and end the unrest.

Niall Warde had been a carefree soul trapped in the rigid, ordered life of a wizard apprentice when he discovered the girl of his dreams was a fairy. He would never know if their forbidden love could survive because she disappeared without a trace. Unable to find her, Niall blamed his father for Amelie’s disappearance and left home without looking back.

Amelie Ricard knew she had to protect the baby she and Niall created. The fairies don't want peace and her mother, their leader, would stop at nothing to prevent armistice, including killing her own grandchild. So, she must leave her son Kurtis with his father to be raised as a wizard. She left the infant on the steps of his father’s cottage then disappeared, also leaving behind the only man she’s ever loved.

Thirty years later, Niall is called home for his father’s funeral where he reunites with Amelie. When Kurtis’ life is put into danger, Niall and Amelie must face the demons of the past to protect him.

Neither can bring back the past, but can they have a future together? Will their son unite their people in peace?

He watched, giving her rapt attention as she told him a classic about a fairy princess and a mortal prince. His intensity unnerved her, so thankfully she knew this tale well enough she could spin it in her sleep.

“I never pegged you for a romantic.”

“All the best stories begin with ‘once upon a time’ and end ‘happily ever after’ you know.” She lowered her gaze. Exposing her true self left her feeling vulnerable.

He nudged her chin up with the lightest touch of his fingertips. “And do you believe we live happily ever after?”

His question caught her by surprise, and, before she could respond, he closed the distance between them, placing a light kiss on her lips. She turned into his arms, pressing her hands against the hard planes of his chest. Her pulse raced as he deepened the kiss. God, it was like free-falling. But it wasn’t scary. It was liberating. Freeing. His kiss opened something inside her, like a door to a hidden portal that she wanted to explore further. 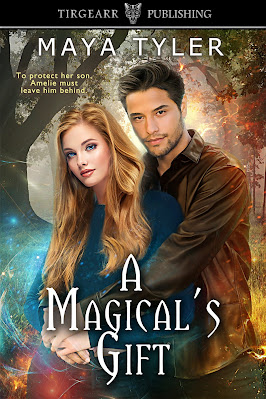 Amelie has based her whole life on faeries. Ever since her mother told her the stories. She is even doing her thesis on the folklore. However, it is rejected and another a man gets approved over hers. Then she meets Niall. He is everything she's ever wanted. These two get along amazing. When her life is threatened she must leave Chicago and Niall behind.

Only she has a secret. Years later she is forced to come back to deal with so much. Can these two get past the secrets and the betrayal?

This was one incredible story with some amazing characters, out this world storyline. Definitely a must read!

Maya Tyler is a multi-published author of paranormal romance novels and blogger at Maya’s Musings. An avid reader, Maya writes the books she loves to read—romances! Her paranormal romances come with complex plot twists and happily-ever-afters.

When she’s not writing, she enjoys reading, listening to music (alternative rock, especially from the 1990s), practicing yoga, and watching movies and TV.

Maya loves to hear from fellow authors and readers! Please connect with her through social media (see links below). 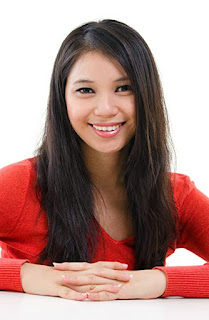 Maya Tyler will be awarding a $15 Amazon or Barnes and Noble GC to a randomly drawn winner via rafflecopter during the tour.

Enter to win a $25 Amazon/BN GC - a Rafflecopter giveaway
Posted by Enchanting Reviews at 7:11 PM